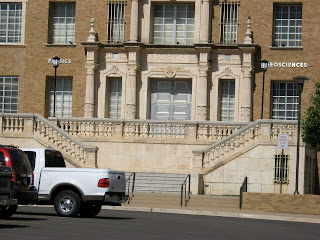 Students, faculty and Lubbock citizens flock to Memorial Circle to watch and listen as the Saddle Tramps march in procession from Broadway Street at the east end of the esplanade, up around the circle and to the front of the Chemistry Building. This building’s double staircase — two majestic marble flights of stairs rising away from each other and doubling back to the large first floor balcony — made the perfect setting for the celebration stage, with a two-story greenery wreath as a backdrop.
Each year around 6:30 p.m., all the lights in and around these buildings are turned off to highlight the dramatic procession. Decked out in white electric lights, Texas Tech’s black stallion mascot, ridden by the Masked Rider, slowly leads the Saddle Tramps as they parade up both sides of the esplanade from Broadway, past the Will Rogers statue, around Memorial Circle and into the adjoining science quad. Each Tramp carries a glowing red torch, held high, standing out against the darkened buildings. Luminarios–paper bags filled with sand and lighted candles–lined the circle where the giant Christmas tree stands, waiting to show it’s thousands of matching lights.
I was told it normally takes about 20 minutes for the procession. From the carillon in the west tower of the Administration Building, Christmas carols are played throughout the march. Once the procession ends, the president of the Student Residence Halls Association welcomes everyone and introduces the University Choir and a soloist, who delight the crowd with their talents. Finally, the Texas Tech Trombone Band plays a fanfare, and at the climax, the holiday lights are dramatically turned on with one switch. The spectacle is always worth the wait.
Doug was directing the band Saturday night, and Sharon was nearby, assisting where she could. I had not planned to meet up with them.
Donning my coat, I left the building before the lights were turned out. I was right, I thought as I stepped outside, it was getting chilly, but not as cold as when we were seniors. That year temperatures had been so low the brass band didn’t perform for fear of lips being frozen to the instruments. It hadn’t mattered, because the crowds were sparse — not even one-percent of the normal crowd braved the sub-freezing temperatures. Turned out they were the smart ones. All three of us girls came down with colds immediately afterward, and coughed and sniffed through finals and the holidays.
Saturday night, however, the temperature was in the high 40s, so although the coat was needed, it was a fairly pleasant evening.
Colin hadn’t called me —  in fact it had been several days since I’d seen or heard from him, the day my family left. Maybe the problem had solved itself. I thought perhaps he’d lost interest, and I wouldn’t have to worry about the “more” — about whether it might be there or not. It hurt — to love and not be loved in return — to a much greater extent than I imagined it would. Another lesson learned, right Lord?
But wait. What lesson was this, I asked God one night. That I shouldn’t expect further happiness in my life? Shouldn’t expect the “more”? I gave up trying to analyze — feelings were so hard to categorize into facts — and instead concentrated on work and completing my Christmas shopping to take my mind off of the possibilities of “more.”
Problem was, it wasn’t working. 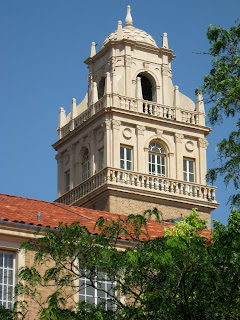 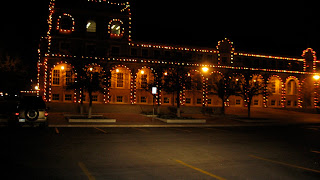