Just before noon last Wednesday, a shadow darkened my office door and I looked up, startled to see Colin standing there, hands shoulder-high on the door frame, leaning in, looking at me intently.
“Hi, Maggie” he said, a tentative look on his face.
“Hi,” I returned. What was he doing here? An errand from Monsignor Fitz?
“Free for lunch?” he asked. I started to say no, but heard instead Elaine’s unusually loud voice quickly saying, “Yes, she’s free!”  Colin turned toward Elaine and smiled as she moved to the door, calendar in hand. Sticking her head inside in front of him, a little quieter now, she said, “Well, you are free, Boss. Not a thing on your calendar for at least two hours or so.”
I gave her “the look,” and Elaine retreated to her own desk. “Guess I’m free, Professor Murphy,” I said resignedly, picking up my purse and walking up next to him. He was still smiling, and I walked past him to face Elaine. “I have my Blackberry if you need me.”
“Oh, we won’t need you, Boss. You just go and have a nice long lunch. Don’t worry about a thing. Have fun now, you two!” And with that, Elaine ushered us out into the hallway. Although my back was now to her, I was sure she was grinning widely as she watched us walk toward the stairs.
“My truck’s out front, or we could walk? Thought we’d go to Gardski’s. I’m pretty hungry,” Colin said tentatively.
“Gardski’s is fine. Haven’t been there in a while,” I replied cooly.
We opted for a quicker trip in the truck as it was sunny, close to a hundred again with a little bit of hot dust kicking up in the dry wind, and Gardski’s was at least a half-mile up Broadway. I was a tad apprehensive about my freshly dry-cleaned linen suit as we approached the old brown pickup truck — at least I thought it was brown — it was hard to tell with the amount of dirt and grime covering the exterior. But climbing into his filthy vehicle, I was taken aback by the pristine condition of the interior, especially as opposed to the mud-caked outside. It even had modern air conditioning and seat belts, obviously not factory installed judging by the age of the truck.
“Nice ride,” I said sincerely.
“Thanks. Had it for a while.”
A while, indeed, I thought. Must be from the early 60s, with its brown leather bench seat, chrome dash instruments and old radio. A vintage Chevy pickup. If he cleaned the exterior, I think it could have been used in the latest Chevrolet commercials touting durability.
As we drove the few blocks down Broadway to the restaurant, we talked minimally of the weather and not much more. When we parked, he jumped out and started to walk around to my side, but I was already out and had closed my door before he could help. We walked silently to the restaurant’s front door. 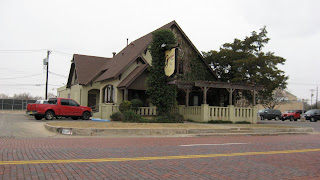 One week later, there is still no call from Professor Cailean Patrick Murphy. I hadn’t seen him at Mass on the one early morning weekday service I’d attended, nor on Sunday. And Father Sean was always surrounded by admiring parishioners — besides, what would I say to him, “Why hasn’t your brother called me?” That was totally out of the question.
So last week I concentrated on work at the office and my new house, stopping every day to check on the progress, consulting with the new architect and the contractor who oversees the subcontractors, and making crucial decisions. Although we have really only begun, I am amazed each day at the progress. I’ll have to start shopping for more furniture soon, I know, but it can wait until Sharon gets back at the end of the month. Wish she were here now to talk to. Since there really isn’t any “news” about the “non-priest,” I haven’t made any overseas calls. But I do realize just how much I miss my friends.
I also miss Doug’s cooking and find myself doing takeout for dinner most nights, once even stopping at McAllister’s—like a fool.  I thought maybe I’d see Josh and could casually ask if he’d moved in to Colin’s house, or something? But Josh wasn’t working that night, and yes, I chided myself all the way back to the Nest. “Silly, foolish woman. That’s what you are Margaret Riley Grant. Acting like a lovesick teenager. I just won’t think about him anymore.” And so I didn’t, at least until I crawled into bed at night.
Damn him, was what I think whenever I do allow Professor Murphy to come to mind, which unfortunately is often. He’s just not interested in plain-Jane me, I’ve decided. When I think about the La Diosa encounter, isn’t it reasonable to assume if he’d been even a little intrigued, he would’ve at least glanced in my direction that night and surely seen Sharon instead of assuming Doug was my date?
Damn him. What a fool I’ve been to think a handsome, charismatic guy would be the least bit interested in plain old me. He’d asked me out to dinner because he felt guilty about running me over and eating the last piece of pizza. And Monsignor Fitzpatrick had probably asked him to show some pity for the new widowed parish member, that’s all.
Then why ask me to join him on the Fourth? And why hold my hand? I swear I can still feel the heat of his touch. Damn him. He’s probably holding more than Dixie’s hand right now.
She wrapped her arms around herself for comfort but found little.
Posted by Second Wind at 7:24 PM No comments: