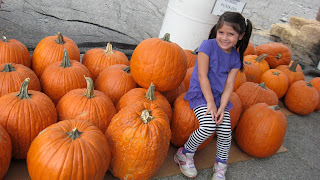 Friday and Saturday, I enjoyed my family and showed them around Lubbock with trips to the Buddy Holly Museum, the Tech campus and my office, the Wind Museum, the Ranching Heritage Museum and the cornfield maze out northwest of town where the girls ran through the corn, giggled while riding the small barrel train and posed for pictures standing next to giant circular hay bales painted to look like jack-o’-lanterns.
When the girls declared they had to come live with Grandma because this was the most fun they’d ever had in their whole long lives, Ben told them Dallas had just as many fun things to do and reminded them of the zoo they loved to visit back home. “Can we go to the zoo when we get home?” they asked brightly,  the day’s fun already forgotten.
Colin stayed away to give them time alone but was surprised to find he wished he’d joined them. They’d asked, after all, but he didn’t want to interfere with family. He’d sincerely liked Maggie’s sons and gained an admiration for her late husband on how well he’d taught them to be men.  And the munchkin granddaughters were really cute.
Sunday morning he did meet them at Mass as Father Sean preached on giving thanks, and Colin generously picked up the tab for a final dinner at Orlando’s before they departed for the airport.
Asking if he could see her that night, he was surprised to feel genuinely rebuffed when Maggie politely declined, saying she had some work she had to get done before heading in to the office the next morning. He understood, he said, gave her a light kiss and left. But he didn’t like leaving. He hadn’t had her to himself since the previous weekend, and they hadn’t had a chance to talk about the final Bible study lessons on sexuality.*  He really wanted to see what she thought about that, even though he thought he could guess. She didn’t seem at all disapproving of Sharon and Doug’s relationship. Maybe it was safe to move in that direction. He went to his studio to brood. And brood he did.
“This is insane,” he told himself. “I’m not a family man. I’m a loner, a player. I like being on my own and being by myself. I like being with lots of women. But why am I always calling Maggie? Stop being such a chump, Murphy.” He picked up his tools and walked around the cabinet he was working on, looking for a place to use up his energy. He walked around again, thinking, looking, thinking and finally threw the tools down saying, “Damn you, Margaret Grant. I don’t want to want you.” But Colin did ... more than he’d wanted anything in a long time.
* (more on this in a later blog)
Maggie's blog again:
Sunday night I was brooding, not knowing if he was or not. I went to my studio, picked up my paintbrush and then put it down. Back in the house, I opened my laptop, stared at the screen and then closed it.  Finally, as the sun went down and the air chilled, I lit a fire, made a cup of soup and sat in front of the blaze in flannel pajamas.
Both sons had called earlier to let me know they’d arrived home safely, and both, without any prompting from me, had broached the subject of Colin. Michael told me Colin seemed like a decent guy even if he was a Harvard man. And Ben, after admitting Lubbock wasn’t at all the barren wasteland he’d pictured, casually mentioned Amanda would welcome Colin in their home if I wanted to invite him for Christmas. Wow. Ben wouldn’t have even broached the subject it if he hadn’t agreed wholeheartedly.
So, in their own ways, each had given permission for me to be with him — to be more than friends, in fact. Well, damn. Double damn. I really didn’t expect this and wasn’t really prepared.
And why not, I asked myself in front of the fire. Did I want them to voice objections? To tell me it was too soon? That nobody could take their father’s place? Of course I would have argued with them and defended my right to a relationship, reiterating no one could or would ever take Jim’s place in any of our hearts.
That, I realize, is exactly what I’d expected my sons to say. Then it would be easy to tell Colin I simply couldn’t move the relationship any further because my family wasn’t ready.
Truth is, I’m not ready. Not ready to feel like this, looking for him in crowds, getting light-headed when he walks into the room. Missing him when I was with my family, and thinking about him late at night, all by myself in my lonely bed.
Miss Priss jumped up onto the hearth, sharing the warmth and emitting a loud purr of contentment. She flicked her ears toward me, so I asked the cat, “He’s a good man, isn’t he? He’s smart, creative, funny, interesting, isn’t he? There’s nothing wrong with having a casual relationship with another human being and enjoying his company, is there? We can be good friends, can’t we?” Miss Priss blinked knowingly. “Good friends, and nothing more ... and ... and ... and damn those green eyes.”
Posted by Second Wind at 3:13 PM