Nodding as he passed a frowning Sharon, Colin kept his pace steady and his eyes on me. Uh-oh, he thought, she looks angry.
I was, in fact, angry. Angry he was here, shattering our fantasy world.  Angry my heart was doing those damn flip-flops again. Angry he’d treated me so cheaply. Angry I was happy to see him, but furious he had the gall to intrude into my life when I so wanted him out of it. I considered running, but the snow didn’t make for a fast getaway.  Considered smashing his face with the snowball in my hand, but knew I would have to stand my ground and deal with him, even as my heart cracked a little more.
I looked at Sharon, who started to step to my defense. I signaled I could take care of it. Sharon simply shrugged and waved goodbye, heading for her car.
“Sharon, wait!” I called out, starting to move. “Your car. I’ll help you dig it out.”
“Already done,” said Colin as he continued walking toward me, waving Sharon away.
“Okay, then, bye!” Sharon retreated quickly. Under her breath, she said, “Good luck, Professor.”  She then thought to herself if he blew this last chance and hurt her further, she’d have to punch him out no matter what Maggie said.
“Bye! Thanks!” I said. Then turning to him I demanded, “How’d you find me?”
“Tracked you.”
“Tracked me?”
“Yep, went to your house and when you didn’t answer, found the tracks from the back door and tracked you here. Got a little confused just before 19th Street... some kids pulling sleds heading for the park, I suspect, but picked your trail back up, then recognized Sharon’s car. I dug it out and kept following the footsteps. And here you are.” He kept his green-eyed gaze steady.
I forced myself to turn away. “Don’t you have a bowl game or something to watch? I thought your beloved Notre Dame was playing today?”
“They are, but I wanted to talk to you.”
“So talk,” I said, still not meeting his eyes, but dropping my snowball and absently kicking it away.
“Let’s walk while we talk,” he said and reached for my elbow.
I pulled away. “I’m perfectly capable of walking by myself, thank you.”
“I know you are, Maggie. Will you walk with me to see the horse statue?”
“The horse statue? I see it every day outside my office window,” I replied irritably.
Colin shook his head. “Not Soapsuds and Will Rogers, but the horse.”
“The Masked Rider by the stadium? I’ve seen it, too, and I’m getting cold.”
“No, the other horse,” he said, with growing exasperation. “I’ll show you if you’ll come with me. Please, I want to talk to you,” he said quietly.
Whatever does he want? I thought. I suddenly had a huge deja vu and was transported back more than 30 years, remembering a similar scene with a boy I dated here at Tech — the Saddle Tramp — how ironic.  He’d wanted to talk to me, too, and I had walked with him across campus to ... to where?  Oh, the circle. Turned out he’d met someone else and was dumping me, and felt obliged to tell me why in person. Something about honor or decency, or something. All I remembered was how much it hurt.
Is that what Colin wanted to do? To tell me why he was dumping me? But I knew why, didn’t I. I won’t sleep with him, won’t be his “lady,” so he was dumping me. But this would be different because I was already hurt, and my heart had already dumped him back. I just hadn’t told him. 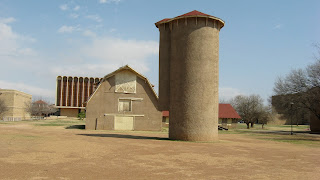 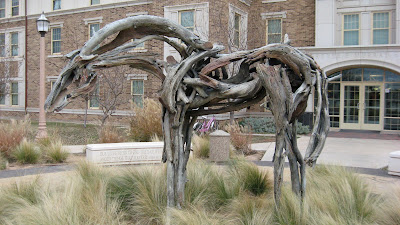