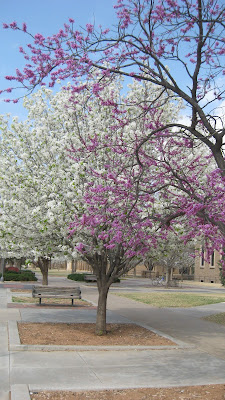 I smoothed my pulled-back chignon-styled hair, straightened my pin-striped black suit as I entered the Administration Building, and headed for Bennett Boyle’s first-floor office next to the president’s suite. I was about 30 minutes early, thinking I would get a jump on my first day at work. Boyle’s outer office was open and empty, but the door to his inner sanctum was closed.
Through the semi-frosted glass insert I could tell he was at his desk. Hesitant to disturb him, I went instead to the massive ornate marble stairs in the middle of the building and walked up to the third floor in the opposite wing only to find my new office locked. I don’t know what I was expecting. Leaning against the wall in the hallway, I took several deep breaths to recover from the steep climb and to calm my nerves.
“Don’t be silly, Margaret Riley Grant,” I sternly told myself. “You’re quite capable of handling this job. Just use your instinct, intellect and skills.” I looked up, “But I could use a little help, God.”
“Oh, did you say something?” came a female voice from behind me. Startled, I turned to see Elaine, my assistant, hurrying toward me. Elaine, Elaine ... what’s her last name?
“Oh, no,” I said recovering. “Well, actually, just a little pep talk to myself. First day nerves and all that, I guess.”
Elaine smiled.
“How are you, Elaine?”
“I’m good, Mrs. Grant, now that you’re here. The stairs get easier, trust me. Here, let me get the door. I’ve got keys for you inside and all the things you’ll need to get settled in.”
Elaine unlocked and opened the door, turned on the lights and headed for the small inner office. I followed the slim cocoa-skinned woman into the second room. Easton, I thought, remembering Elaine’s last name, wondering how old she was. I guessed about mid-forties, although her tight, smartly fashionable short skirt showed off well-toned bare legs that didn’t look a day over thirty. Two-inch heels accentuated her slim figure. Noticing that Elaine wasn’t at all out of breath from the stairs, I silently chided myself about getting back into shape.
“There’s barely room in here for your desk, but I think we got it situated all right for you, Mrs. Grant,” Elaine said as she cranked open the only window.
“Maggie. Please call me Maggie.” Looking around at the cramped room, I hadn’t remembered it being this small. “It’s fine. Thank you. I don’t really need more than a desk, computer and phone, and the window is a nice bonus.” 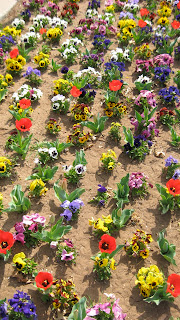 I moved over to the view of the familiar flagpole circle, noticing I could hear the water cascading in the fountains. Soothing
Wonderful spring flowers are planted all over campus. Red tulips have begun to bloom this week among the variety of pansies. Lots of them in the esplanades. Some type of trees—I never can remember what they are so I call them popcorn trees—are in full bloom, too. Several of them can be seen out my window. 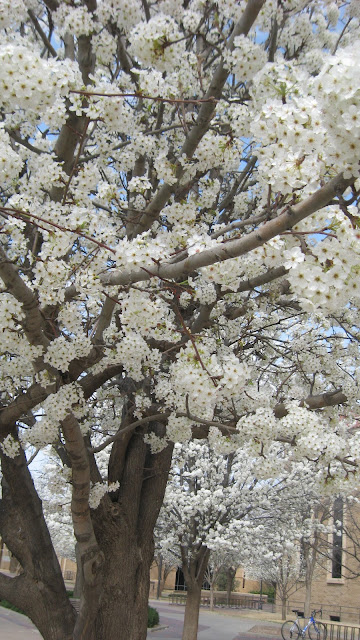