Chapter 76
When the music started at noon on Saturday, March 10, a nervous me turned to my best friends as if to say, “Am I really doing this?” They smiled reassuringly, picture perfect in their closely matching dark green suits, similar in style to my tailored ivory linen suit. I had insisted I was way too old for a traditional wedding dress and matching bridesmaid’s gowns.
Sharon and Carol each carried a single yellow rose. I carried a small nosegay of yellow and white roses with dangling satin ribbons. My salt and pepper hair was piled up at the back of my head, completely covering the bald spot and nicely-healing wound, small yellow sweetheart roses sprinkled elegantly throughout the curls. Pearl earrings fell to just the right length in accompaniment to my mother’s pearl necklace. I didn’t care if Saint Paul did disapprove. 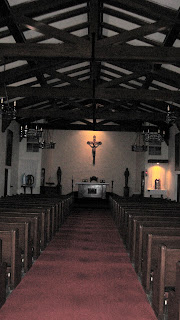 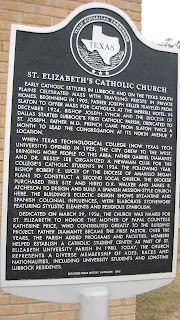 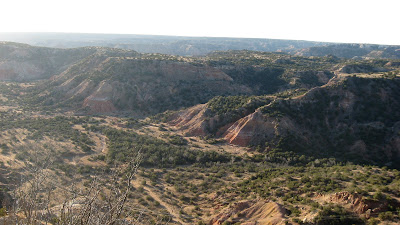 Evidence of settlement as far back as 12,000 years gave the canyon an ancient feel, smell and taste that often humbled visitors into accepting their own insignificance. Here tribes of Native Americans had sought shelter from winter storms, had found water during dry seasons and made use of the limited shade of the juniper and cottonwood trees, cedars and scrub brush that grew on the canyon floor. Until 1874, Kiowa, Cheyenne, Apache and Comanche tribes inhabited the area at various times, before the bloody Red River War resulted in displacing all Native Americans from the southern plains to the Oklahoma Territory.
Colin headed for the top of a trail that must take them down to the canyon floor. I no longer cared about sleeping on the ground — the beauty was overwhelming — I just hoped I didn’t have to pull the cooler for too long — I wasn’t exactly wearing hiking boots. I’d been here before, but then I was 20 and on an adventure with Sharon and Carol. They’d spent a cold night on the side of the canyon in sleeping bags and loved it.
The steep trail was roughed out of the cliff, sloping sharply with intermittent rock steps. Concentrating on keeping my footing and not losing the cooler contents, whatever they were, about 30 feet down the trail Ie once again almost ran into my new husband. Looking up, I followed his gaze, and to my amazement, saw three small weathered stone cabins perched on the canyon rim, facing southwest. 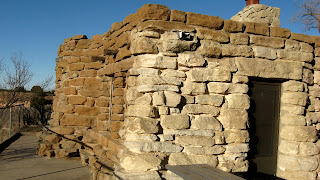 “We’re here,” Colin said brightly. He held up a key and said, “Leave the gear. Let’s go look, Love.” I followed him to the third cabin, grateful I wouldn’t have to sleep on the canyon floor and wondering if at least they’d have bunks that were off the ground.
Colin unlocked the door. Opening it slightly, he stuck his head in and then turned back to me with a wide grin, “Yep, it’s ready, Love. Go on in and see what you think.”
He stepped back to let me into the doorway. The walls of the small cabin were the same rustic stone as the exterior, and the fireplace was original, much like mine at home, wood piled high but not lit on this warm afternoon. But nothing else inside the fifteen-by-fifteen foot interior was anywhere near rustic. Dominating the room by taking up most of the small cabin’s floor space was a huge king-size four-poster mahogany bed, delivered that morning from Lubbock’s finest furniture store. Colin and I had seen it a few weeks earlier when shopping. Colin didn’t think he would fit in my current full-size bed with thrift store headboard. We’d talked about the need to eventually buy a bigger bed, but with my tower incident, we hadn’t found the time, or so I thought.
Six fluffy pillows, covered in crisp new cotton pillowcases rested across the oversized headboard, and matching sheets were tucked out over the largest quilt I have ever seen. It was a colorful crazy quilt pattern, in blues and greens, with the tiniest touch of purple, and I knew it would be heavy and warm, just the way I liked. Fresh yellow and white rose petals were scattered across the linens and up over the pillows.
A handsome matching nightstand sat near the north window, a bouquet of long-stemmed yellow roses gleaming in the sunshine. A small door to the right led to the bath, where I could see two hotel-quality plush white terry cloth bathrobes hanging expectantly.
Colin said quietly, “I thought our first time should be in our own bed. So, it’s ours, and tomorrow they’ll take it and put it in your — our house. Will that work for you?”
“Will that work for me? Oh, Colin, it’s perfect! It’s wonderful. It’s ... I thought you were going to make me sleep in a sleeping bag on the ground. This is wonderful, Murphy. Just wonderful.”
Grinning, he said, “And you would have slept on the ground on our wedding night?”
I nodded, not taking my eyes off the new bed. “Yes, I would have... with you.”
“Okay, then,” Colin said, “make yourself at home, and I’ll bring in the suitcases. Oh, my mom made the quilt. Hope you like it.” And he disappeared out the door, thoroughly satisfied with his surprise for his new bride.
“She made it?” But he didn’t hear. I walked over to it, and ran my hand lovingly over the pattern, marveling at the quality craftsmanship and relishing the softness. Obviously made with love, I thought. And the perfect colors for our new master bedroom.
How in the world had he arranged all this? What a wonderful surprise! Unable to resist, I took  my shoes off and lay down, head resting on the supple pillows. Remembering my hair was still pinned up with roses in it, I sat back up to take it down. I set the roses on the pillow next to me among the petals, putting the pins on the side table. Running my fingers through my hair to untangle it, I thought of Sharon and Carol fussing over me that morning, expertly covering my bare spot, arguing about how many roses should actually adorn my tresses. Did they know about this surprise? Probably, and so probably did everyone else, I thought. Some friends, I thought ... keeping secrets from me. Smiling, I lay back, clasping my hands behind my head thinking this was a pretty wonderful surprise to keep secret. I have such good friends.
Colin came in and saw me relaxing on the bed, smiling at him in a way that had him quickly dumping everything in the corner, closing the door and joining me.
“Think you might need to take your boots off your mother’s quilt first, Murphy,” I said as he reached for me.
“Oh, yeah,” he replied sheepishly as he sat up and pulled them off. “Mom never allows boots on beds.”
“Smart woman,” I said, as he reached for me again. I put my arms around his neck, leaning over to kiss him. He let his hands explore my back, reaching down to cup my firm but ample buttocks and pull me closer to him. He’d waited a long time to get his hands on that backside, and he wasn’t letting go anytime soon.
We’re in Santa Fe now, enjoying the city and each other. More next week after we have returned home. How blessed I am.
Posted by Second Wind at 8:26 PM