My Second Wind, A West Texas Story of Romance and Adventure
Novel Blog by Main Character Maggie Grant
I’m Maggie Grant. I live on the pages of the unpublished novel My Second Wind. Plain, ordinary, God-fearing Maggie Grant. Graduate of Texas Tech University and SMU. A mom, wife, professional at the local university, and definitely an unwilling participant in the adventures about to be foisted upon me.
Although I understand from my author that the novel is completed—my course set with the ending written—(hopefully a happy one) I’d love for you to help me through the next few months. Your thoughts, advice and wisdom might change the course of my life. Although mortals try to direct their lives according to a script, God often laughs at those plans, and life becomes an adventure. Join me as I prepare to leave my comfortable home in North Dallas to travel to West Texas to begin my life again.
From time to time, my author will want to bring you information that I can’t or shouldn’t know about, so she will insert information, such as the Prologue below. Because it is in italics, I won’t read it, but you should to help you understand the story ... or so I’m told.
Fiction, remember? Imagination is paramount!
My goal is to blog at least once a week, but circumstances may demand and dictate more frequency once the plot thickens! At only five to ten minutes a week, I hope you follow along to the end of the journey. Sign up as a follower! It promises to be an interesting ride.
My Second Wind 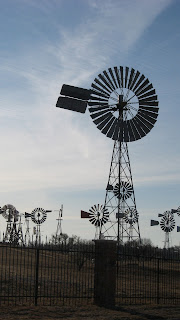